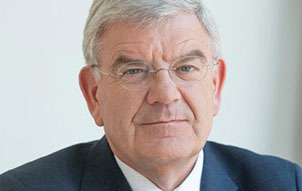 We believe that next to capacity building of local governments, also the legal and policy environment must be improved to create a conducive environment for effective local government. The international community, including donors, can play an important role in this respect. That is why we use our practical experience and insights from projects as an input for our contribution to policy development at international level, often through the local government networks of which we are an active member.

In 2020, the President of the VNG and mayor of The Hague, Jan van Zanen, actively contributed in multiple online meetings on the three focus areas as defined for his UCLG co-presidency: the Sustainable Development Goals; Local democracy and citizen participation; Urban/Territorial development and multi-level governance. He opened the Local and Regional Governments Day at the United Nations HLPF in July 2020, advocating for accelerated sustainable transformation from the ground-up in a post-Covid era.

VNG International provides the secretariat and expert support for the UCLG Peace Prize. This triannual award celebrates successful local government initiatives in preventing conflicts, building bridges and dialogue after conflict and promoting peaceful coexistence. In 2020, we focussed on dissemination and preparation for the third edition of the Prize in 2022. Amongst others a webinar was held on the challenge of urban violence for Local Authorities together with DeLoG, and as part of the Geneva Peace Week in November 2020. Moreover, the publication ‘Local Governments and a Culture of Peace’ was launched during a HagueTalks, co-organized with the Netherlands Ministry of Foreign Affairs and the City of The Hague.

With the PLATFORMA network, the pan-European coalition of 30 local and regional governments and their associations active in decentralised cooperation, we continued to advocate for dedicated and accessible budget for local government development cooperation. This contributed to local governments being frequently referred to in the provisional agreement of the Neighbourhood, Development and International Cooperation Instrument, NDICI. In addition to the ongoing efforts to jointly track policy files such as gender (Gender Action Plan III) and the Eastern Partnership, in 2021 the new strategic grant agreement (SGA III) between PLATFORMA and the European Commission will be explored.

In December 2020 the Minister for Foreign Trade and Development Cooperation took the political decision to establish a strategic partnership with VNG International, building on VNG’s local government expertise. Initially it is a 5 year partnership starting January 1, 2022. This partnership is the recognition of our strong track record in strengthening democratic local government and builds on a solid and diverse existing portfolio that VNG International implements for the ministry and Royal Netherlands Embassies in various countries. By federating activities into a joint programme, overhead and fragmentation are reduced, consistency between activities increased.

The partnership focusses on priority countries and is multi-thematic. The partnership is strategic because it allows for a structured overarching policy dialogue between the Ministry and VNG International representing the Dutch local government sector. Furthermore it allows for joint strategic action towards the international agendas such as the Sustainable Development Goals of the UN.

Based on an agreement with the Ministry of Foreign Affairs, VNG International organised various sessions to promote and support the cooperation between Dutch municipalities with a partnership in China.

The results are already visible in the form of more regular communication and coordination between the various Sino-Dutch municipal partnerships.

Congress of Local and Regional Authorities to the Council of Europe

We continued our support to the municipal members of the Dutch Delegation to the Council of Europe’s Congress of Local and Regional Authorities. During its meeting in October, Mayor Harald Bergmann presented the second volume of the Human Rights Handbook for Local Elected Officials. Mayor Wilma Delissen presented her report on urban-rural interplay. In January, we hosted two rapporteurs of the Congress in its first remote monitoring activity in which they investigated the implementation in the Netherlands of the European Charter of Local Self-Government. Key issues outlined by VNG are inter-administrative relations and financial relations between the State and local governments, and the impact of the decentralisation of major responsibilities to municipalities in the social domain. Their report will be presented later in 2021. In April 2021 Mayor Bergmann participated in the monitoring of the state of local democracy in North-Macedonia.

At the end of 2020, we passed the milestone of 100 Dutch municipalities participating in the VNG campaign Municipalities4GlobalGoals. It is a lively community of practice, which we support with advice, publication of guidelines, and by facilitating the exchange of best practices and the organisation of events. 12 (Vice-)Mayors, one in each province, are our ambassadors for the campaign. Click here for video. Like in previous years, and invited by the Dutch government, we wrote a chapter on the contributions by Dutch local governments for the national report on the implementation of the SDGs in the Netherlands. VNG President, Mayor Jan van Zanen, is also a member of the official Dutch delegation to the UN High Level Political Forum.

The Netherlands International Water Ambition is the policy framework for an integral approach to water safety and water security worldwide (SDG 6), and contributing to the SDGs 2, 5, 11, 14, 15, 16, and 17. Given the role of local governments worldwide in assuring the availability, quality and inclusive access to water resources, climate adaptation and related service delivery, VNG International participates in the 2020 policy consultations on the Ambition on behalf of local governments in the Netherlands and for our partners abroad. We participate in the Community of Practice Social Inclusiveness in the Water Sector because local governments directly experience and must deal with the social impact of water infrastructures in their areas.

Within the IDEAL programme VNG International has had regular engagements and discussions with the Overseas Development Institute (ODI) on the relationship between increasing local government legitimacy by working on improving local service delivery. As part of this exchange we contributed to the ODI event ‘10 years of the Secure Livelihoods Research Consortium: what we’ve learned’, from the point of view of an implementing agency (versus that of a donor or research institute). In this capacity, and given the unfamiliarity of most participants of working directly with municipalities in developing countries on these issues, we were able to bring a unique perspective to the large gathering, sharing our experience that concepts of ‘legitimacy’ and ’inclusiveness’ are best put into practice in a municipal context, by connecting them to practical and ‘real life’ situations in local government.

Advocacy and Lobbying in projects

Apart from the advocacy and lobbying at international level, many of our projects also include an advocacy and lobbying component at national level, for instance through support to national associations of local governments, who play a key role in creating a conducive institutional environment for effective decentralisation and well-functioning local governments. And specific projects focus on more specific topics. To mention just a few examples: